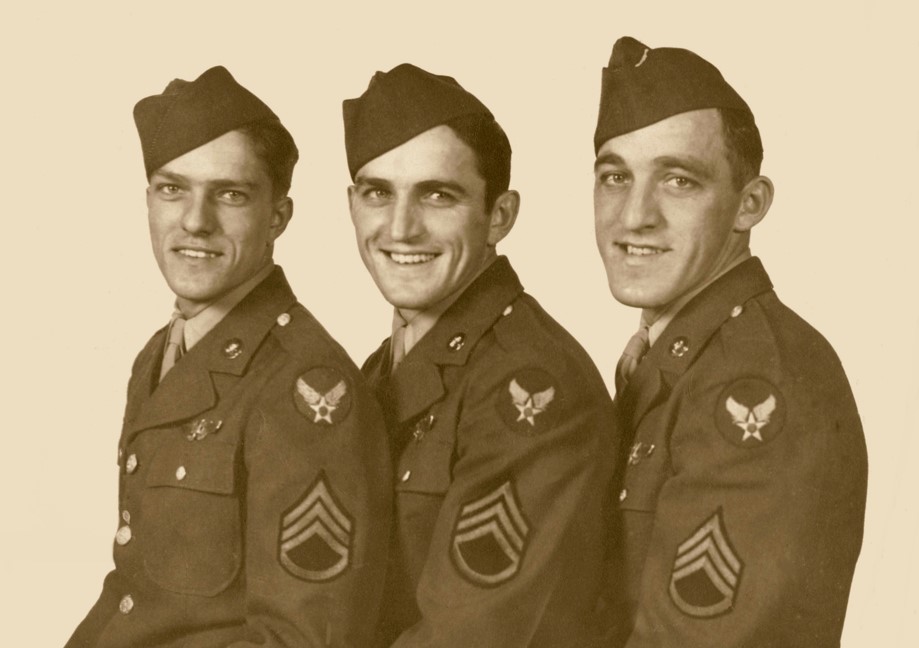 Harvey H. Ulmer was the flight engineer on the John Horn crew. They were in the 513th squadron.

The above picture was sent by Harvey's daughter.  It is a picture of Harvey and his 2 brothers.  They are L to R: Harvey, Henry and Robert Jr. Ulmer.

Along with the photo, she sent the following story:

Tech Sergeant Harvey Ulmer, the senior enlisted man and flight engineer on John Horn’s crew was one of three Ulmer brothers, Robert Jr. and Henry,  being the other two. All three brothers entered Army Air Force together, went to gunnery training together and were assigned to different 15th Air Force units in Italy. This was intentional to provide the best chance of them surviving the war.
Henry bailed out over Yugoslavia in July 1944, was picked up by partisans, then transferred to the Russians who reunited him with his unit in Italy in October 1944. Robert was shot down (KIA) on a bombing mission over Trento in September 1944. Harvey survived his tour with the 376th unscathed.

Below is the picture John Horn's sent of Harvey.  The B-24 he is next to was the one they were trying to ferry to Italy.  It had mechanical problems in Brazil and they had to leave it behind. 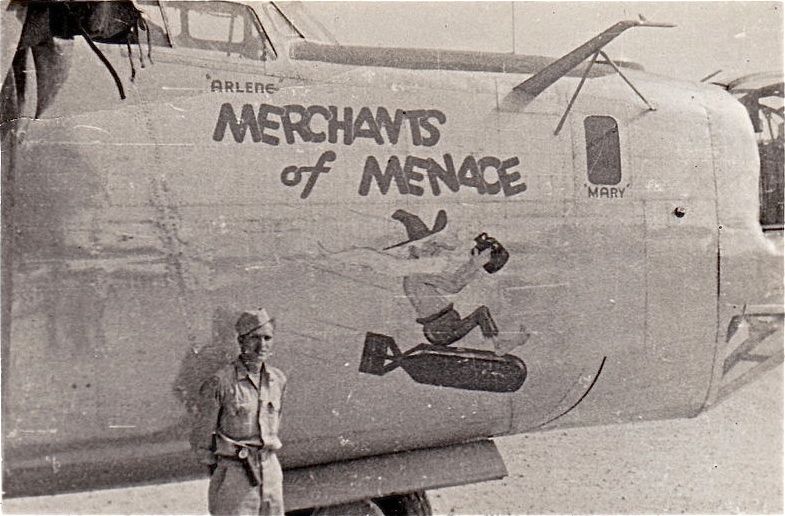