My wife, Pat, and I were blessed with the opportunity to travel to San Pancrazio, Italy for a ceremony to premier the book: L'AEROPORTO DI SAN PANCRAZIO SALENTINO IL 376TH HEAVY BOMBARDMENT GROUP.  The book was written by Pancrazio Stridi, a local historian. (Note his first name is the same as the town). He and I had been in email communication for several years. This past January, Pancrazio informed me that he had finished his research, which was sponsored by the city of San Pancrazio. The focus of his research was to describe the relationship between the town and the 376th Bombardment Group and the book was being published this year. When I told Pancrazio that a group of 376th family and friends were visiting Europe in the fall, the city agreed to hold the release ceremony so we could attend.

Pat and I flew from Vienna to Brindisi, Italy and stayed at an area resort (very nice by the way).  We were then picked up by Pancrazio and his friend/driver/translator, “Johnny”. They gave us a tour of the airfield and the remaining structures.

We then met the mayor of the town, who finished the tour with a quick trip to city hall, where the evening ceremonies were to be held. The mayor showed us the plaque that is permanently mounted on the side of the building. It commemorates and names some of the 376th veterans who visited the town in 1991.

We were then taken to a local B&B, where we were allowed to rest, freshen up and change into more formal attire. It was a nice respite after walking around the dusty airfield all afternoon.

Pancrazio had sent me a copy of the flyer the city issued to announce the event. Previously, he had sent a copy of the proclamation to our association, which was on display at the last reunion and published in the previous edition of the newsletter.

The event took place in the chambers of the city hall. It was a standing room only crowd.  Also attending to represent the 376th were Dennis Sentenac and his daughter, Hannah.

The ceremony began with The Star Spangled Banner and the Italian National Anthem. This was followed by speeches by the mayor and other dignitaries, including an officer from the Italian military. Although the speeches were in Italian, you could feel the significance of this event and the pride for the history of the town, especially during the speech made by the author Pancrazio.  According to Pancrazio, the book tells the story of the airport in San Pancrazio and the 376th squadrons who were stationed there from November 1943 and April 1945.   For my comments on behalf of the 376th, spoken in English, an interpreter was provided.

Much of the book’s research information came from my 376th Mission History book, the 376th website, and James Walker's Liberandos book. It is clear that the people of San Pancrazio will never forget the positive impact the 376th had on their town. When we walked the grounds of the airfield and viewed some of the old buildings that still stand, it was an emotional experience. The 376th veterans have left their legacy, not only for their families and friends, but for countless people in Italy who, still today, treasure and honor their memory.

I cannot begin to tell you how welcome the people of the town made Dennis, Hannah, Pat and me feel. They wanted me to convey to 376th veterans and their families and friends that they will always be welcome.  Pat and I feel that there is so much more to explore in the town, the airfield, and the nearby cities. We are seriously considering a second visit to the “heel” of Italy in the future, where warm hospitality and beautiful scenery abounds. 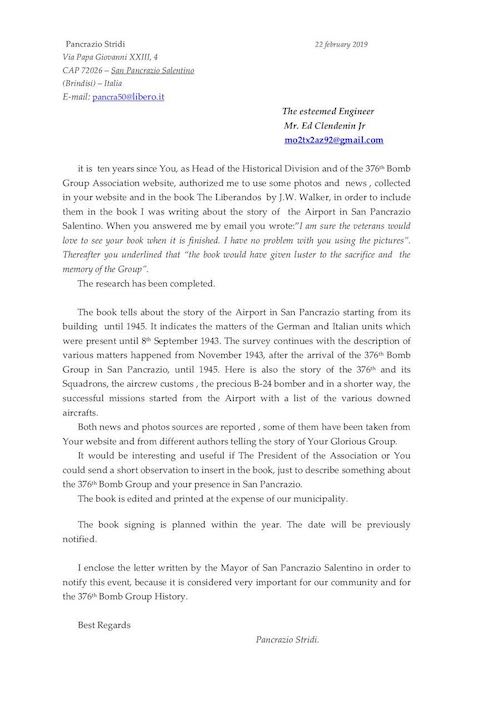 The letter announcing the publication of the book and inviting us to the ceremony, 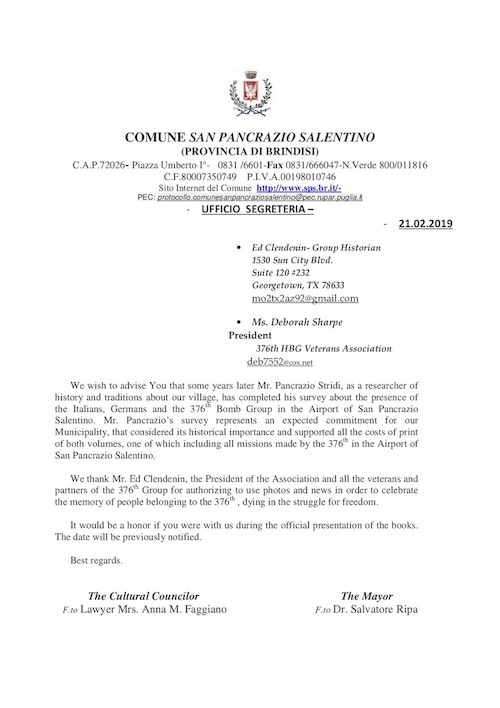 Below are some of the images from our trip: 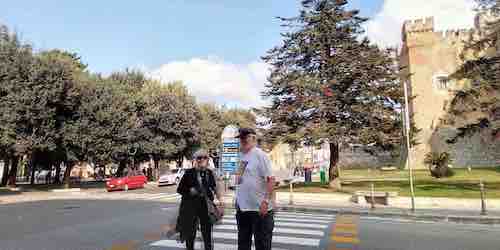 Pat and I visit the town of Mesagne and its castle, on the way to San Pancrazio. 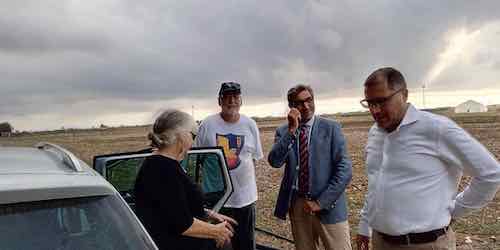 Pat, Ed, the mayor of San Pancrazio, Salvatore Ripa, and the president of the city council, Gianni Miglietta visiting the airbase. 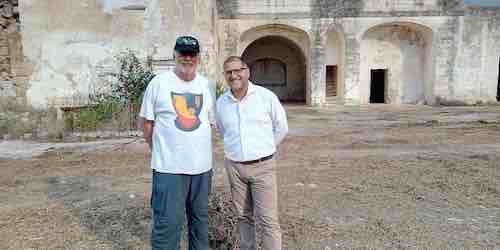 Ed and Gianni Miglietta visiting the headquarters of 512th B. S. 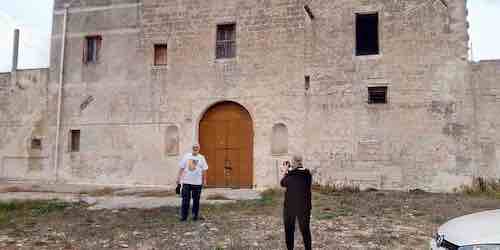 Ed and Pat visiting the headquarters of the 514th B. S. 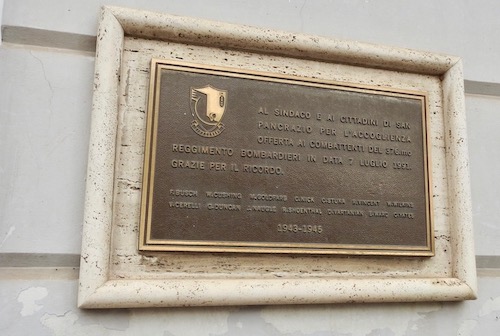 The plaque mounted on the Municipal building celebrating the 1991 visit of some 376 veterans.