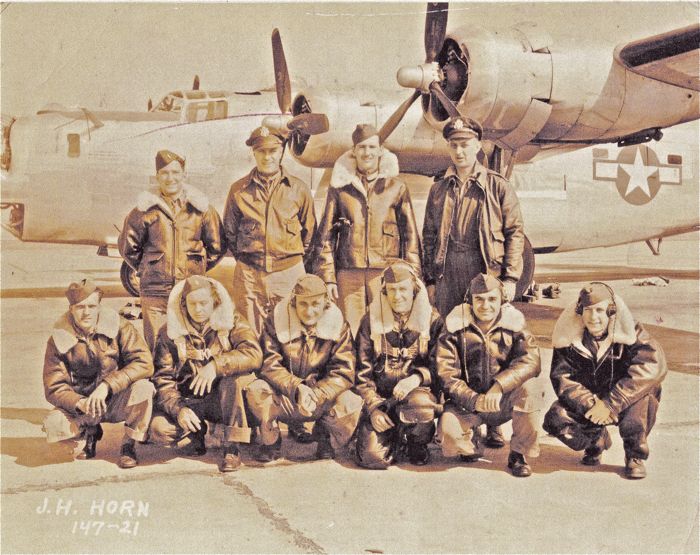 John Horn crew was assigned to the 513th Squadron. The above picture was provided by John Horn's son John.  According to John,

"This picture was taken at Forbes Field Kansas just prior to departure for overseas via Brazil in April 1944."

The men and their positions are:

The position of the enlisted is unknown. Their names and their crew station are: