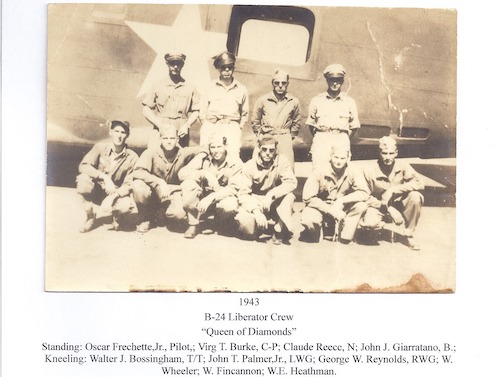 Oscar Frechette crew was assigned to the 515th Squadron.  The above photo was sent by John Palmer's son. The crew members were:

Some additional information has come to light.  First as to "W. Wheeler", our records do not show that anyone with this name served served in the 376.

Second, Jeff sent a copy of his father's "short snorter." see the first image below.

If one rotates the image and looks at the list of names, "W. E. Houser" is clearly visible; along with the date of Aug 17, 1943.  My conclusion is that "Wheeler" is Houser. 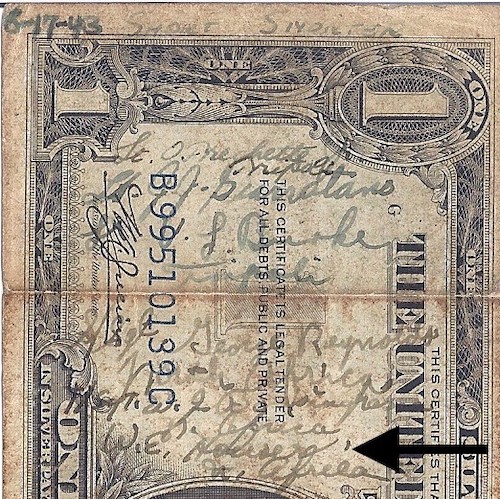