Chris "The Greek" Callas was the bombardier on George Kremer's crew.﻿ 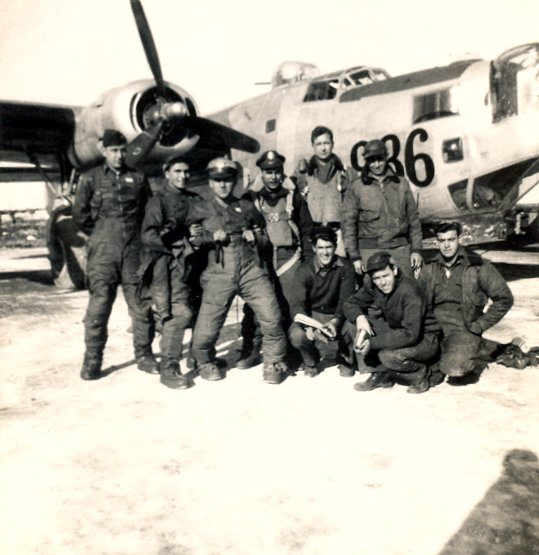 This photo is of the crew who flew with "The Greek" on his 50th mission. "The Greek" normally flew with the Kremer's Crew but was pulled from their final mission when they were shot down due to he couldn't operate a Sperry site so he ended up flying his 50th mission with "The Three Smiths" [William P. Smith] Crew. Robert Jackman said "The Greek" drank a bottle of booze on the way back to base and they had to hold him up for the photo.

Missing from photo is Robert Jackman, who took it, and Fred Deep, their regular Bombardier.

The picture was taken either March 2 or 13. Those were the days that Callas flew "986" with the three Smith crew.﻿