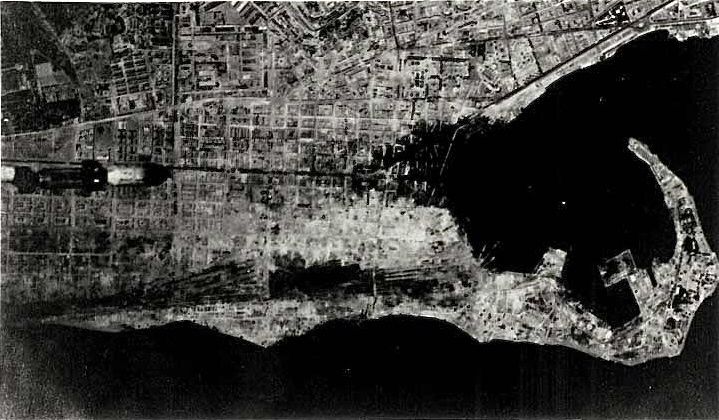 On Mission 107, April 2, 1943, many bombs had been dropped in the past on the ferry terminal building at Messina, Sicily, in an effort to destroy it. The terminal was the receiving end of boats ferrying trainloads of supplies and equipment across the four-mile straits of Messina from Reggio di Calabria to Messina. On arrival the trains were drawn into a tunnel which was protected by many feet of reinforced concrete. It was impossible to penetrate the solid concrete with bombs and destroy the machinery, which hauled the trains from the ferries to the tracks on land,

It was therefore planned to fly in low and endeavor to accomplish the difficult feat of skipping the bombs into the open mouth of the tunnel. DuFour and Lt. Brian Flavelle thought that they could turn the trick and volunteered to give it a try.

Due to the intense ack-ack fire which protected the straits, they decided to make their attack at dusk and to approach the target "on the deck" or just skimming the water to avoid detection.