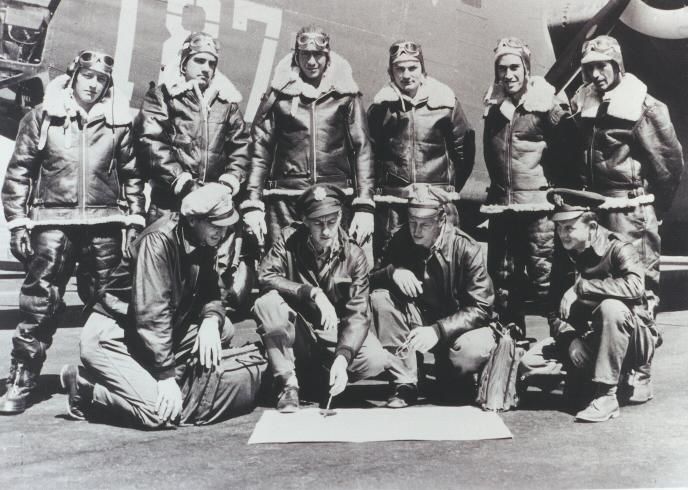 Edward Yatkones crew was assigned to the 513th Squadron.  After flying 13 missions with the 376th HBG, the crew was transferred to the 8th Air Force, 44th HBG in England.  While their position in the photo is not known, their names and position are: