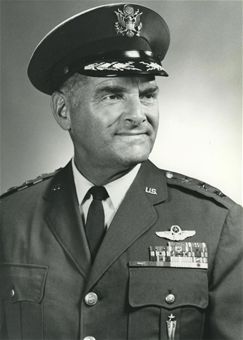 General Warren was born in Yankton, S.D., in 1917. He graduated from Yankton High School in 1934, attended Yankton College for two years, and then attended the U.S. Military Academy, graduating in 1940. In 1941 he graduated from flying school and received his pilot wings.

He next was assigned to the 29th Bombardment Group at MacDill Field, Fla., as a B-18 pilot where he flew antisubmarine patrol duty from Newfoundland and Florida before and during the early days of World War II. In 1942 he moved to Boise, Idaho, with the 29th Group and participated in the B-17 crew and unit training program as a flight commander, squadron commander and then for a year as deputy commander of the 15th Bombardment Wing.

During 1944 and 1945 he flew combat with Fifteenth Air Force B-24 units in the European Theater of Operations as a squadron commander, 47th Wing operations officer, and as commander of the 376th Bombardment Group.

In 1945 he returned with the 376th Bombardment Group to Grand Island Neb., where the group was reequipped and transitioned to B-29 aircraft.

In July 1959 he went to the Air Proving Ground Center at Eglin Air Force Base, Fla., where he served as vice commander, then commander, except for a six-month period of duty in 1961 as senior member, Military Armistice Commission, United Nations Command, Korea.

He was named fourth superintendent of the U.S. Air Force Academy in July 1962 and served in this position until July 1965. 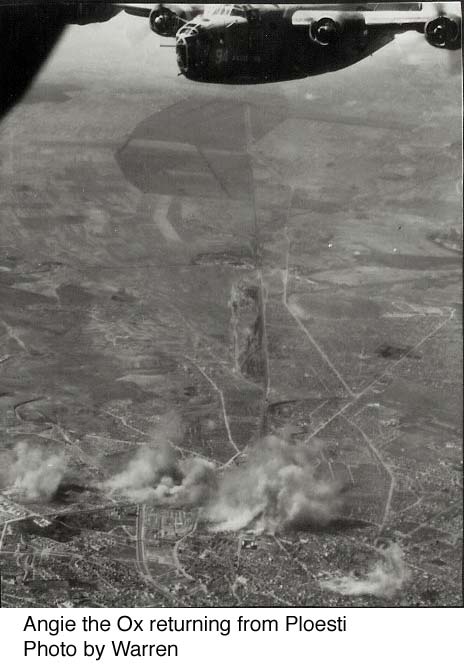