On January 10, 1943 he flew from Palestine to Libya preparatory to flying the next day to attack shipping in the port of Naples.  This was our second daylight air raid on Naples.  He was flying a B-24 with a brand new pilot who had been loaned an experienced crew.  On reaching the target, they were attacked by Italian fighter planes and were unable to fight back because all their guns were frozen from the long flight across the Mediterranean and the fact that the wrong type of grease had been used.  When Ted jumped, everyone else on the plane was dead and it was on fire.  He had been shot and was burned. (He was awarded a Purple Heart medal.) He landed on a snow covered mountain and was taken prisoner the next day – the first American officer to be taken prisoner on the mainland of Italy.  He spent 27 1/2 months as a POW at Campo Concentramento Prigionieri de Guerra 21 at Chiti, Italy, Stalag Luft III at Sagan, Germany and Stalag VIIA at Moosburg, Germany.

He wrote the following poems as a POW. 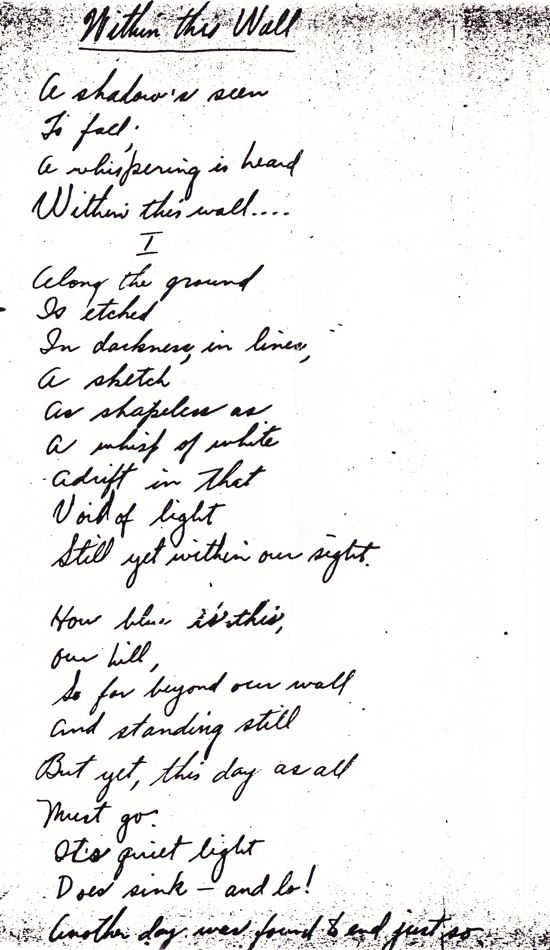 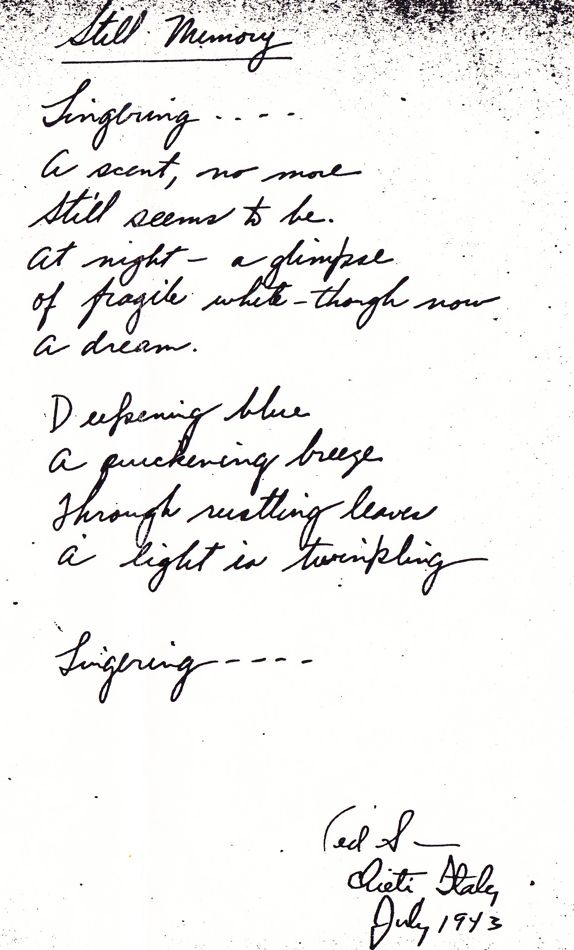 The above was the narrative provided by Ted's widow.  Based upon that story, it appears that Ted was probably part of the infamous relocation of POWs from Stalag Luft III to Stalag VIIA.  If you click on this link, you can read about that move.