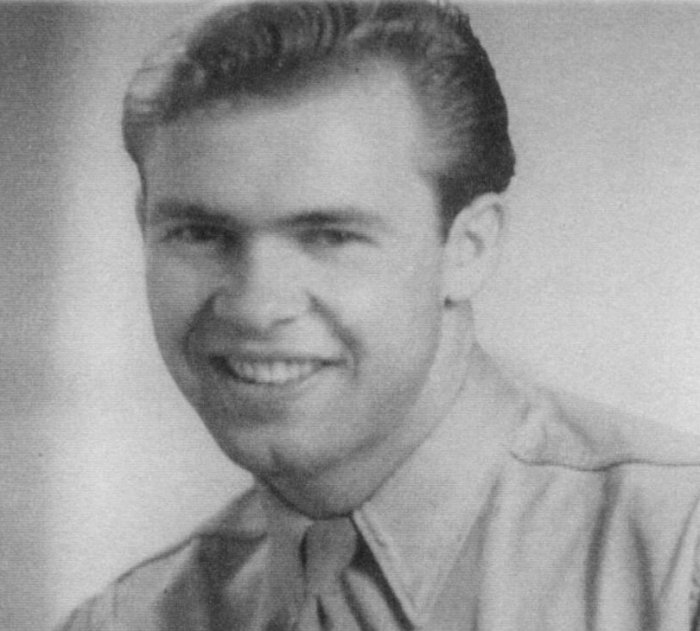 James Sauls was a radio operator in the 515th Squadron.﻿

Would any of you remember a radio operator named James "Jimmy" Sauls? He was a replacement for our crew in January or February of 1945, after we lost our original radio operator. Sauls had been with the outfit for quite some time before our crew arrived at San Pan in early January of '45. Our understanding was that he had lost his original crew through mishap, either by having been shot down , or blown up on takeoff, and he was possibly the only survivor. In any event, he'd been grounded and assigned to work in the tower after that accident. He was very anxious to get back into the air, complete his missions and get back home to New Jersey, and the twin boys he hadn't yet seen. He told us he'd parachuted out of a crippled plane, landing in Northern Italy, and with his blond wavy hair, the Italians took him for a German, yelling "Tedesci" as they approached him. He had a bit of a time convincing them he was an "Americano"! He was asked to joined our crew (Salscheider's) and flew at perhaps ten missions with us before we all left San Pan. So far, we haven't had much success in our attempts to locate Sauls. If he is still alive, he'd probably be about 77 or 78 years old. If anyone can help, please contact me, Bill Rutigliano.

Thanks for any help you can give us.

Editor's note:  Sauls arrived at the 376th HBG as part of the Charles French crew.