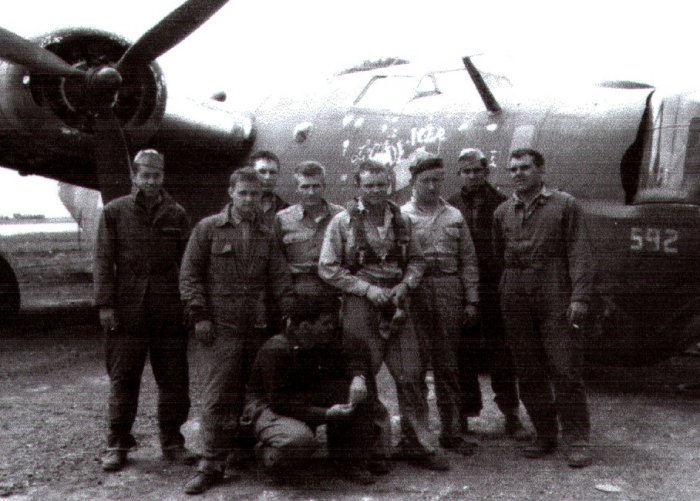 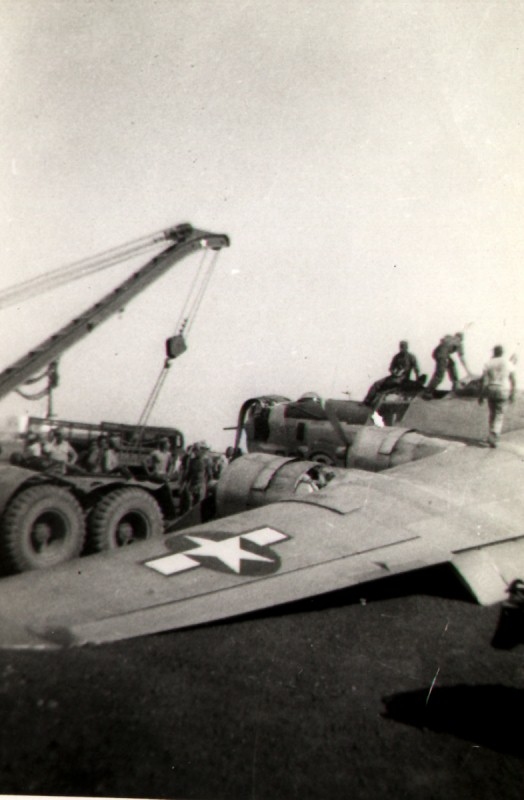 "I took the picture after they (Rutherford) crash landed when a tire blew out on landing at the end of a mission to Ploesti on June 24th. I was flying #45, Deputy lead, on the mission."