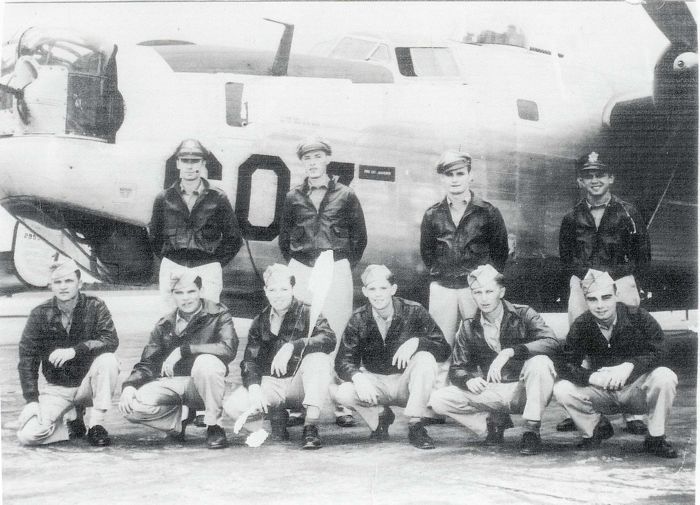 James Pitts crew was assigned to the 514th Squadron.  The identities of the crew members are not known.  Their names were:

Photo from Betty Jean Geist, cousin, Cpl Russell E. Whitmore.  My cousin is fourth from the left kneeling.  He was listed as KIA when the plane on which he was a gunner ditched into the sea.

Editor's note:  The Pitts crew made a crash landing in the Adriatic on its first mission.  Whitmore did not survive.