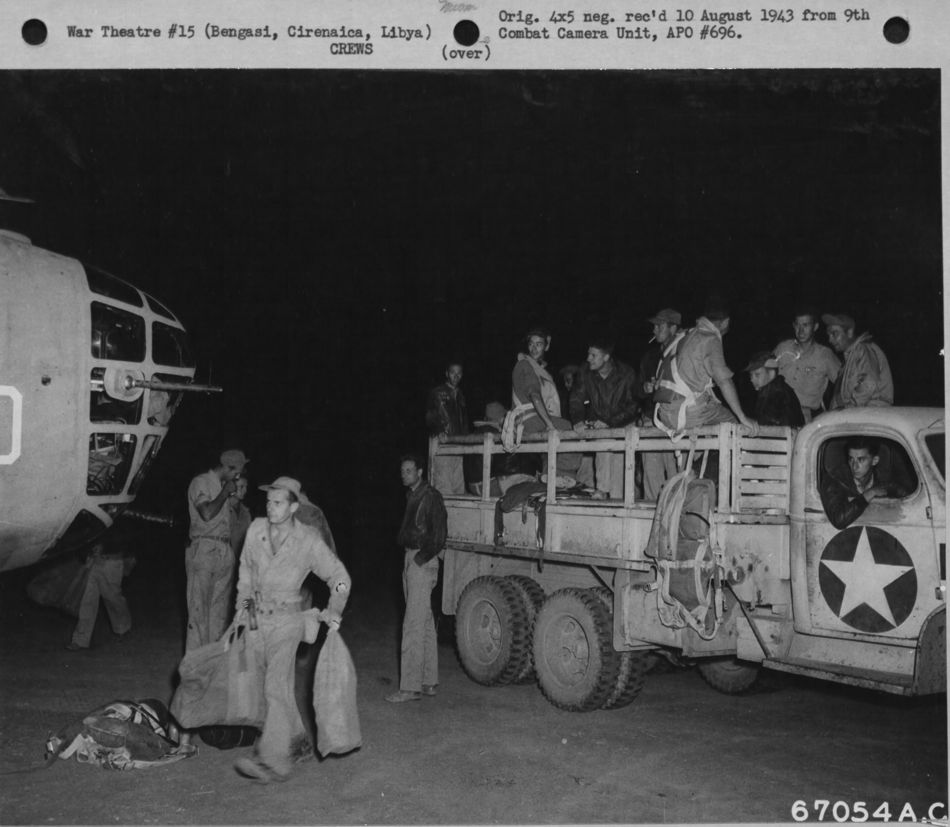 A crew prepares for Operation Tidalwave.

In a recent email, we were given the names of some of the men in the picture.  Most were from Frank Wright's crew and the picture was taken as the crew loaded their plane.

" My Dad’s (Shouse, Veazey A.) fellow crew member Malcom McIntire recently confirmed the identities of the Frank Wright crew in this picture as they waited to board their ship for the TIDAL WAVE mission.

The passenger in the truck cab is Albert. (Albert, Robert C.)

My Dad (Shouse, Veazey A.) is standing second from right in the bed.

The person to his left is Dickey. (Dickey, Raymond N.)

Berry (Berry, Robinson B.) is sitting in front of Dad.

McIntire (McIntire, Malcolm C.) is sitting on the rail in front of Berry.

The man with the cigarette is Price. (Price, Hillard S.)

Sowers (Sowers, Wayne A.) is leaning over in front of Price.

Hodges (Hodges, Pat H.) is sitting on the rail with his hat on, and

Wright (Wright, Frank C.) is standing at the back of the truck behind Hodges."