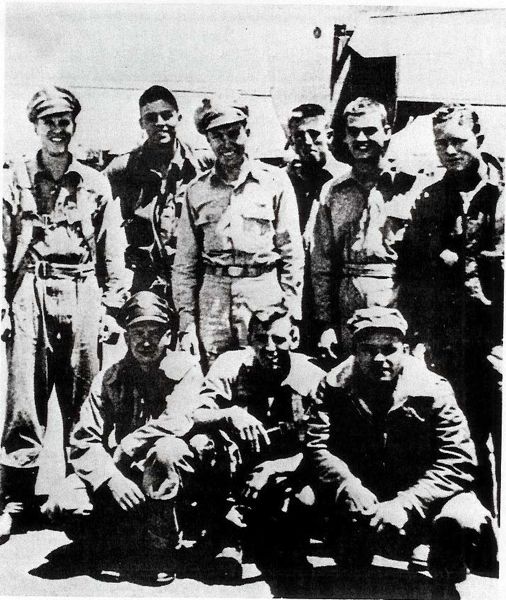 Lane Miller crew was assigned to the 513th Squadron.  Their names and positions are:

Arlyn Dain's daughter posted the following, which I have copied from her original posting:

I am Arlyn Dain's daughter Lori.  I have the photo posted on this groups site with all identified.  I received it from Ed Zook prior to his passing.

Missing from photo is Ed Zook. He stated he had a dental appointment the day this picture was taken.