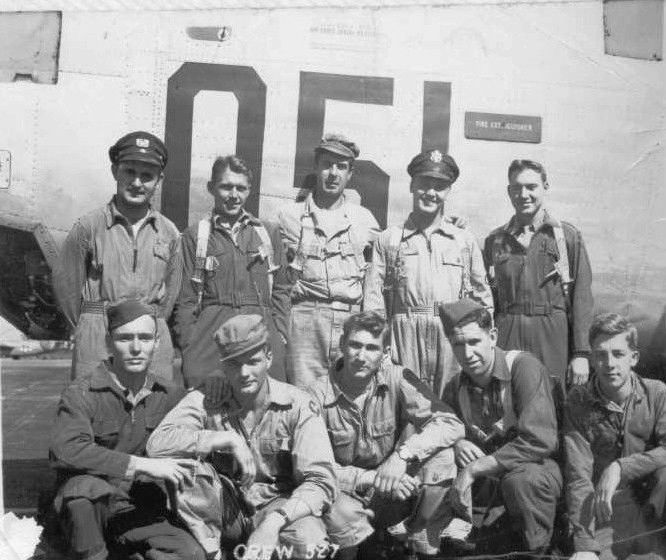 Edward McGlynn crew was assigned to the 514th Squadron.

Edward McGlynn and his crew. Picture taken at Charleston Army Air Base. The crew was shot down on Feb 7, 1945. All survived and became POW's.

Click here to read the story of the day the crew was shot down.