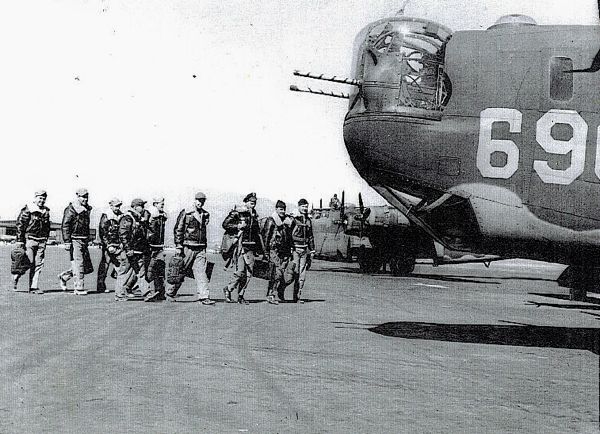 James McConnaughey crew was assigned to the 512th Squadron.

Others in the photo, but order not known are: