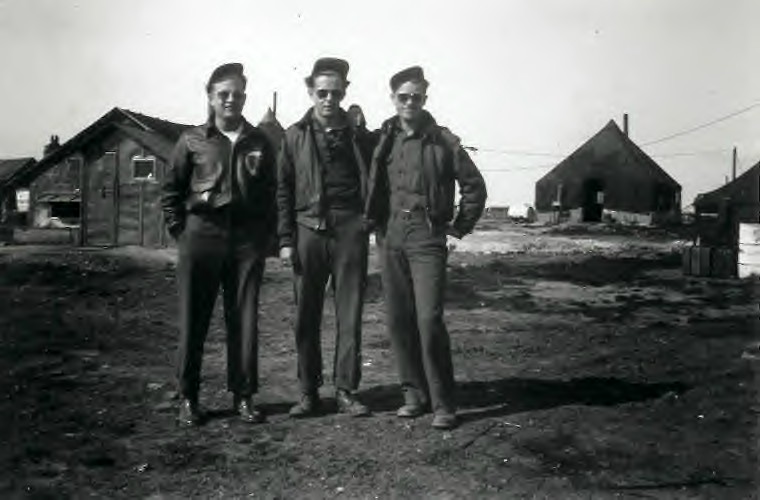 This is a shot of Bill and two pals, presumably at their base in Italy.  Bill is in the middle.; Robert D. Willis, left.

This is a shot of Bill and four unidentified pals, presumably at their base in Italy.  Bill is on the far right.﻿ 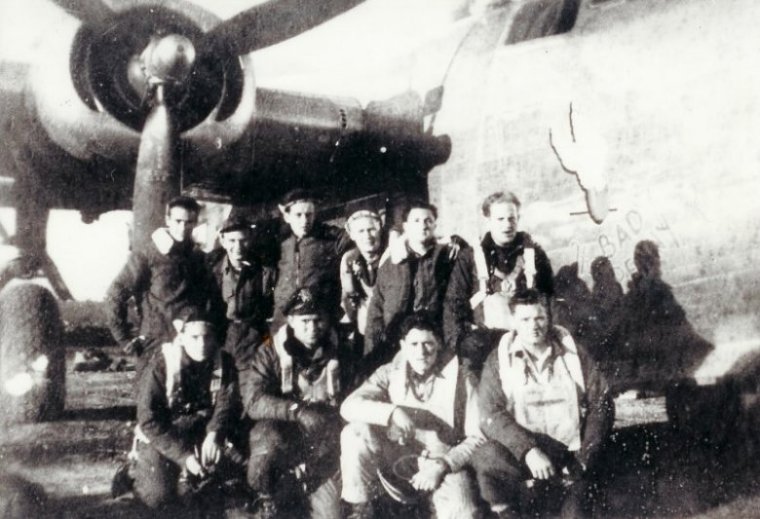 This is a crew shot of the "The Bad Penny" crew. Bill is top row, third from left.  The rest of the crew, the pilot, and the tail number of the aircraft are unknown.﻿ 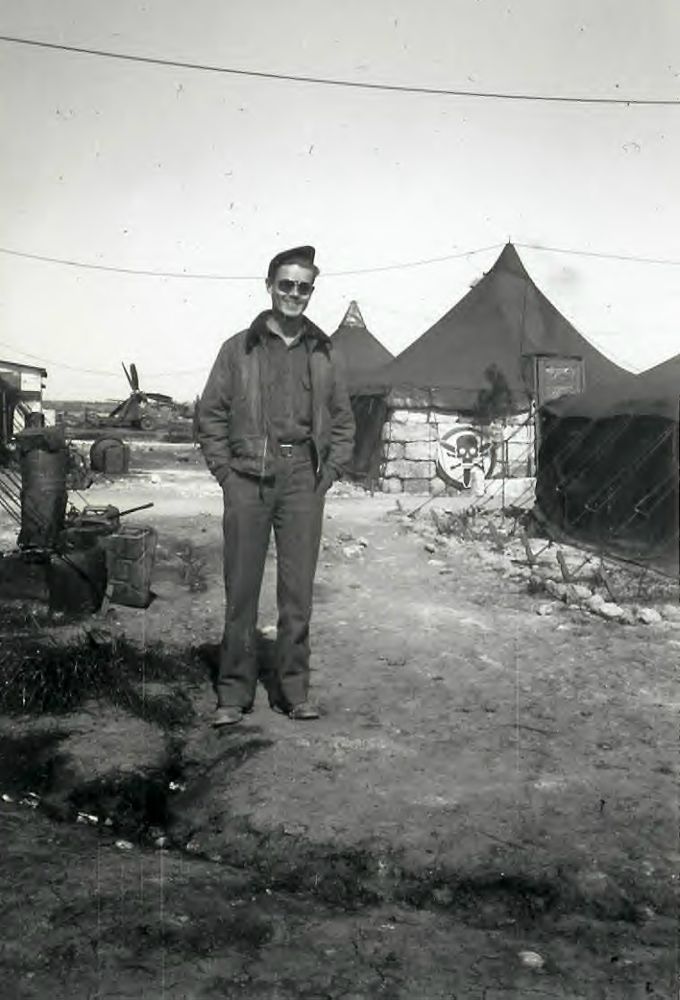 This is a shot of an unidentified pal of Bill, presumably at the base in Italy.  Note the 512th squadron logo in the background.  This person was also in the photo of Bill and two unidentified pals. ﻿