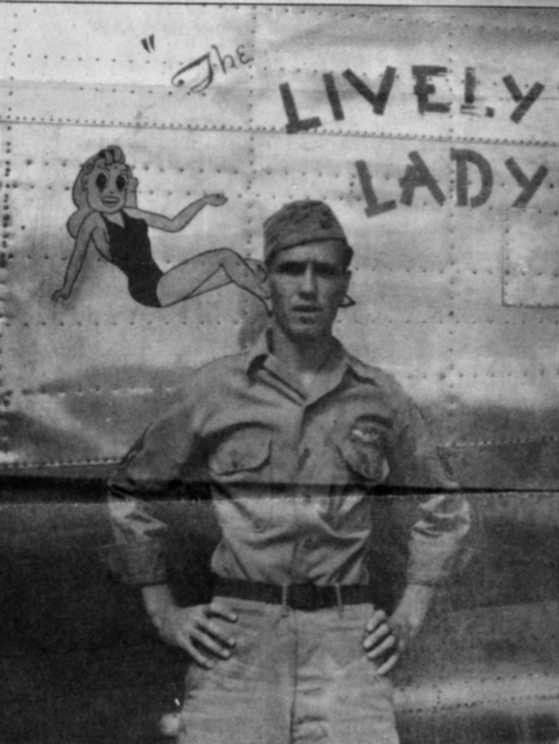 Fred Marsh was the nose turret gunner on the Charles Lowry crew.  A photo of Fred Marsh taken in 1944 with aircraft serial number 42-99761 THE LIVELY LADY.

The crew was shot down and crashed near the target on August 10, 1944 on mission to the Ploesti, Romania oil refineries. The entire crew bailed out and were taken captive. They were held POW for 44 days until they were liberated by the Russian Army. 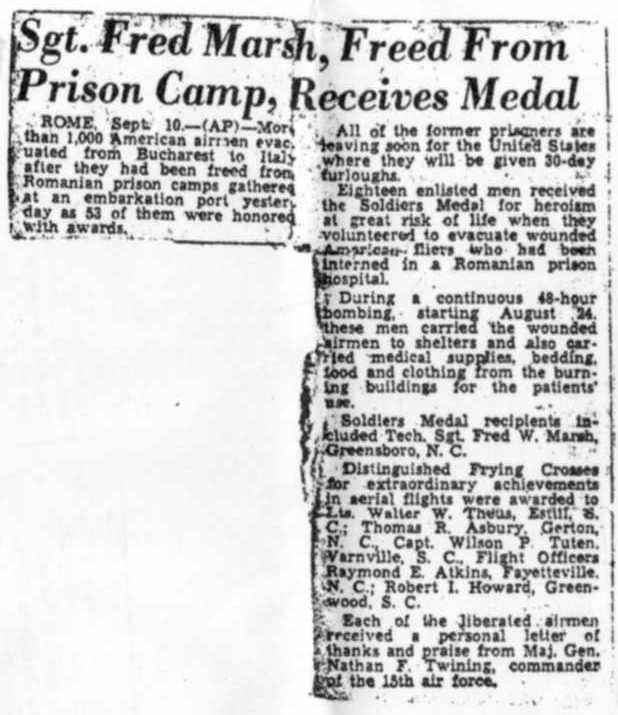