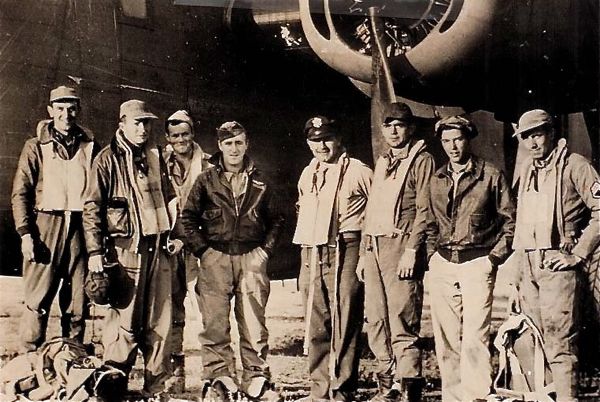 John Lavin crew transferred from India to the Middle East as part of the Brereton Detachment.  Although their respective positions are not known, their names are:

Photo provided by Harry Holloway, taken after the April 26, 1943 raid on Bari, Italy.  According to Harry, Uzal Ent was the co-pilot that day, so he should be in the picture.