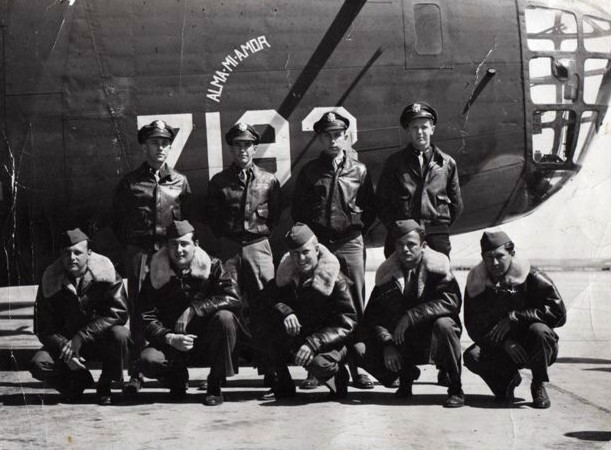 Dave Kistler crew was assigned to the 514th squadron.

This is the original crew. 14 hours gunnery training at Kingman, Arizona then assigned to Gowan Field, Boise, Idaho for Phase one, two and three training. They were then transferred to Topeka, Kansas. Dave Kistler, the original pilot, and Ben Matthews were killed on there first mission 6-24-44, flying with Bill Hathaway.  Kistler was replaced by Craig Morrow. 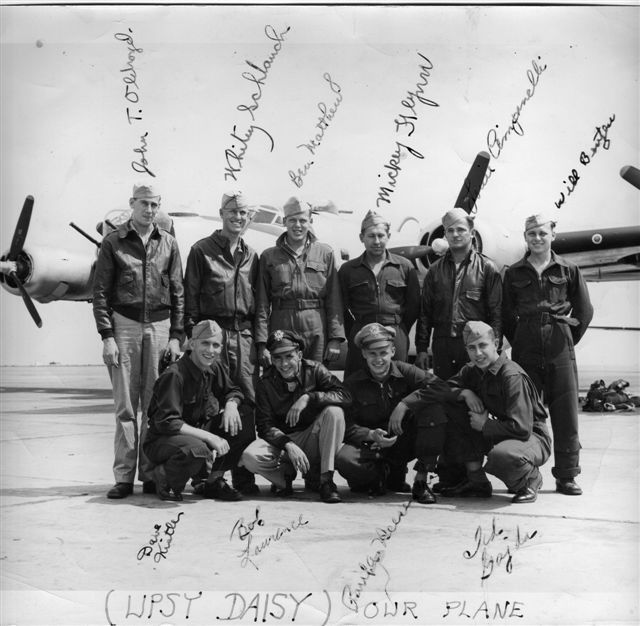 This photo was most likely taken at Topeka, Kansas, when they picked up their plane, all crew members signed this picture.

On May 17, 1944 crew #3596 left Gowan Field, Idaho for Topeka, Kansas to pick up a new B-24 and head overseas. on  May 26,1944, they left Topeka, Kansas for Morrison Field, West Palm Beach, Fla. On the way overseas, Co-pilot Bob Laurence was hospitalized in Florida due to pnuemonia and the crew proceeded to San Pan with a new co-pilot. After recovering,  Bob Laurence also went to San Pancrazio, Italy where he joined Charlie Andrews as his co-pilot and finished his missions with his crew - 515th Squadron.

Laurence was replaced by Craig Morrow.