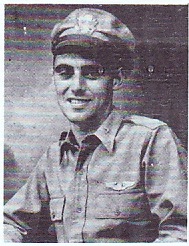 Robert B. James was a pilot. He and his crew were in the 513 squadron.

Robert wrote the following about one of his missions:

I had flown my combat tour and was flying instructor pilot one morning in the early part of December 1944 with a new crew which was on their first mission and eager to go.

We preflighted the aircraft, and everything was go. The weather was a fairly low overcast. As I remember, we were either the second or third squadron as we climbed out. After climbing for about an hour, the aircraft lurched all over the sky which was like flying into a severe thunderstorm but was probably turbulence from a squadron ahead. As the aircraft flew up and on its back, it started back down the same way. As I fought for control, I glanced out past the co-pilot and saw another B-24 slide across just below us. We finally got the aircraft under control somewhere around 3,000 to 4,000 feet. We had dropped from about 15,000 or 16,000. The aircraft flew perfectly. We turned around and started for home as our squadron had scattered everywhere. Some even landed in other countries.

When we finally made contact with our home base, we advised them that we had been on our back but still had our bombs on board and would be landing with them. As we came nearer to the base, I advised the copilot (who was actually the first pilot on the new crew that he should probably follow me through on the controls so I wouldn't mess up the landing. He advised me that if I couldn't land the airplane, we would just have to stay up there. We landed with no problems and taxied in. Col. Graff met the plane and laughed about us thinking we had been on our backs, but when I took him in the bombbay and showed him the marks from the 500 lb. bombs on the center section, he then agreed that we really had been on our back. I think the biggest reason Col. Graff met the plane was because he had lived just nine miles from my home, and we had known each other before the war.

The new crew had a bottle of booze of some kind that they were going to save to drink when they finished their missions, but they decided to drink it then.

This mission probably scared me more than any other because I kept expecting a mid-air collision.