Richard F. Hurd, pilot, and crew were assigned to the 513th Squadron. 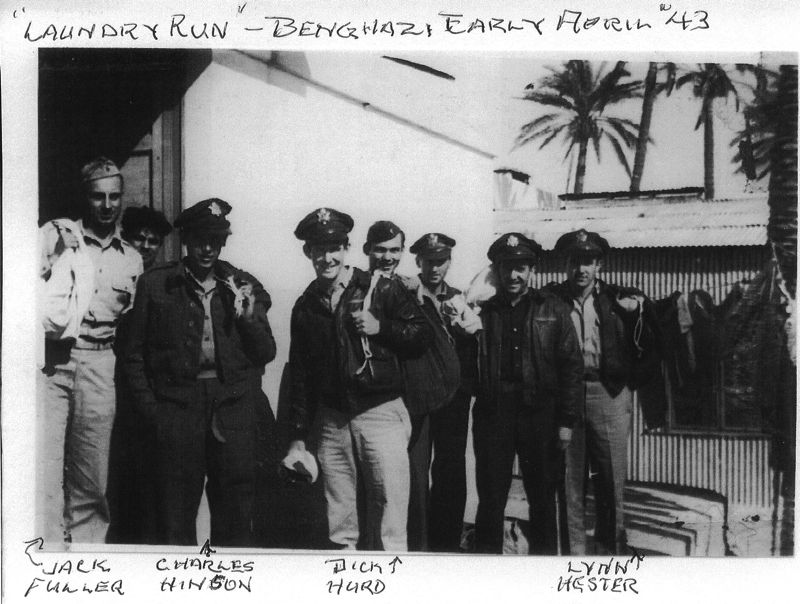 Richard wrote the following story about an incident on Christmas Day, 1943:

25 December 1943 ---These reflections are from the humor we needed ever so often. Keep in mind that Christmas ‘43 was a short time after the 200th mission was celebrated, and there was still a little vino left over.  Also, one must recall the down pouring of rain we had around the 23rd of December so that our tent area was closer to resembling a lake than a personnel tent area, including mess tents.

My recollections are of standing some distance from the mess tent watching men come and pick up their Christmas dinner. Due to the tent area being rather muddy, many men would load their mess kits and journey back to a dryer personnel tent to eat. The incident that sticks with me is of the airman who emerged from the mess tent showing signs of finding a bit of the remaining vino, balancing his loaded mess kit as he swayed from side to side, prodding through ankle deep mud and water heading toward a personnel tent. Any member of the juggling profession would be proud to have watched him! Just as he was about to emerge from the water area (about 20 feet from the tent), up went both feet, mess gear, and meal with him ultimately ending horizontal in the mud amidst the cheering of his buddies watching his precarious act.