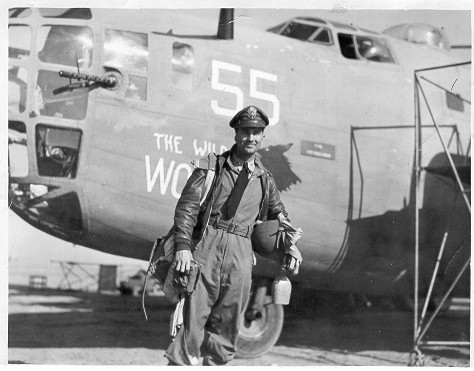 John V. Hogan - Bombardier, listed as a member of the crew of 1st Lt. Norman Appold which bombed the Italian Chemical Works at Crotone March 30, 1943. Originally scheduled to be the lead Bombardier and fly in the command ship to Ploesti with Colonel Keith K. Compton but was hospitalized with an ear infection. Awarded five Air Medals and two Distinguished Flying Crosses. He died June 26, 1981.

Click on any of the below images to view a larger image.  Photos were donated by his son, Dan.