Charles T. Davis, Jr. was a navigator-bombardier on the Howard Walker crew.

Charles was on the June 12, 1942 mission to Ploesti.  He and the rest of the Walker crew were interred in Turkey after they landed.

He wrote a story of his experiences, which has been published by his family.

He also wrote a brief report to Howard Walker about the disposition of the bomb sight and his navigation logs: 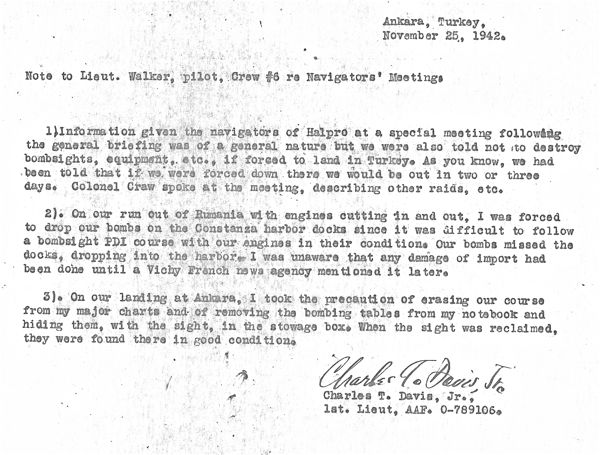