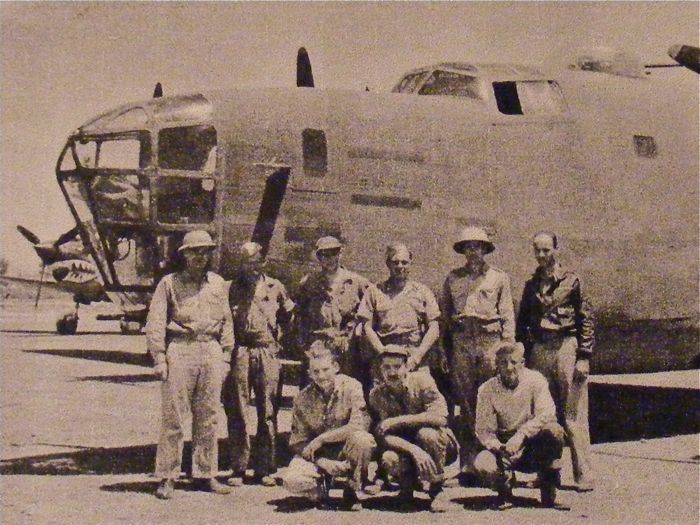 This is an EXTREMELY rare photo. It is a photo of the Original Crew who brought the first 4 engine bomber into China. Taken at Kunming, China with a P-40 A.V.G. plane, which can be seen with the Tiger painting on it, in the background. My father, Lewellyn Clifford Daigle was the Navigator for this flight, and he is standing on the far left. Also notice, if it shows up better, the BEGINNINGS of Nose Art. On the front of this B-24D they have what appears to be a Dragon, similar to the A.V.G. shark on the front, but with no teeth. My dad navigated this plane in support of the A.V.G. at the beginning of the war.