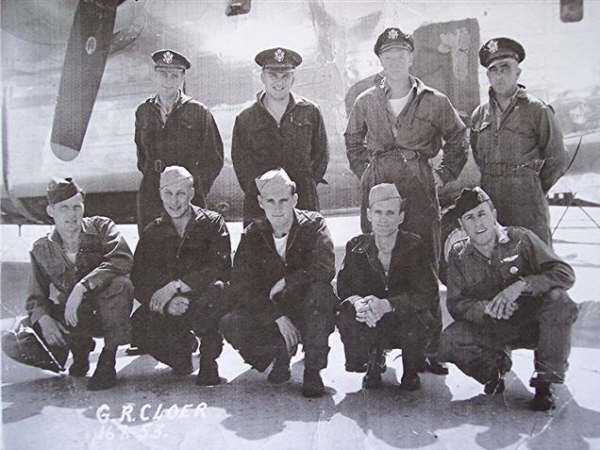 George Cloer crew was assigned to the 513th Squadron.

This crew was shot down over Albania August 10, 1944. Thomas Erskine was not on the plane when it crashed, but is in the photo. When they were shot down, only 4 crew members were able to safely land. Metcalf, McKeague, Trentzech & Petitt.