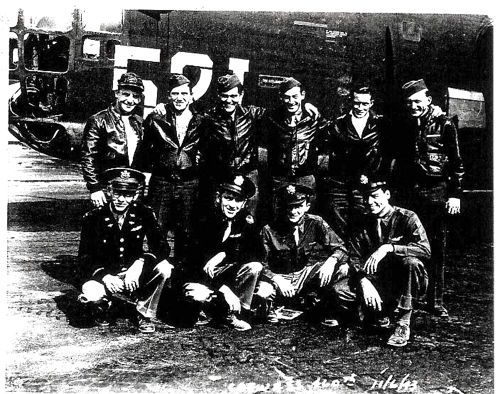 Crew photo in Nebraska November 1943, prior to their departure. 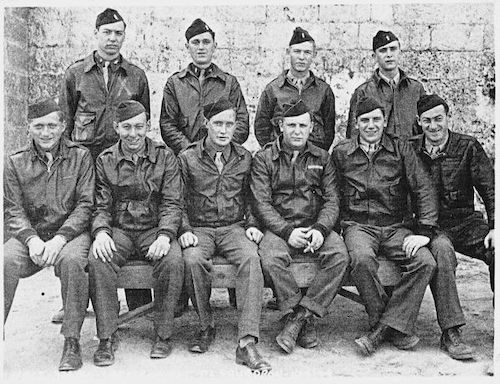 Crew after their arrival at San Pan.  Their order in the picture is not known, except Edward Clendenin is standing, extreme left.