The invasion of Italy has begun. News is scarce but guess things are going as planned. Early this morning, 376th and the 98th headed for Suloma, southeast of Rome.

We're in ship number 240209, Wild Wolf, her 19th mission. We're carrying nine 500 pounders. The huge rail center is the primary target. We're on oxygen and at high altitude for over eight hours. As we turned west of the Adriatic heading over land approaching the general target area, fighters of all types intercept us...ME-l09's, ME-110's, FW 190's, MACHE 200's, and 202's. Our flight of twelve B-24's was in close combat formation; "B” Flight behind us and the 98th were all over the skies. The fighters hit the spread out 98th first, and before anyone knew what was happening, four bombers were flaming. Their engines had been hit by incendiary high explosive 20mm shells shot from launcher cannons mounted on the wings of the attacking fighters.

Again, it seems giant B-24's die gracefully. We are beginning to think that this was finally going to be it. No more sweating it out. At least if we were going to go, the guns of Wild Wolf were blazing away at the attacking fighters. At least 16 to 20 of their ships have been seen going down. Not too many of them parachute out, indicating they've been killed. They were so eager; they followed us right through the ACK-ACK and over the target. Usually they break off and pick us up out of the ACK-ACK gun range. Many of our ships have one or two feathered engines. Fighters swarm over them. The sweat just runs off your face. A person has no time to be scared. That comes later after the ACK-ACK, after the fighters. As fast as the great air battle started, it ended. We're tired and very nervous. In the air over 11 hours. At the medical exam, they gave us a couple of shots of bourbon-really hit the spot on an empty stomach-so the writer has several rounds. After the debriefing (which took an extremely long time because of ship losses, crews missing, fighter questioning, etc.), we hit the sack. Hopefully, we never will have a run again like Suloma. We will be a long time forgetting this mission. We are a tightly knit fighting machine-almost like brothers. 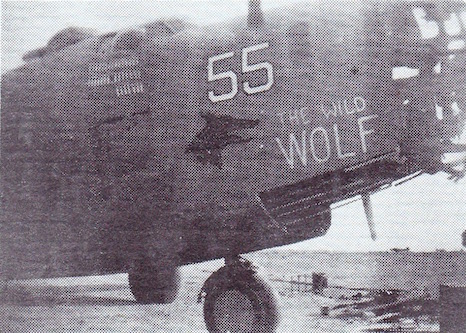