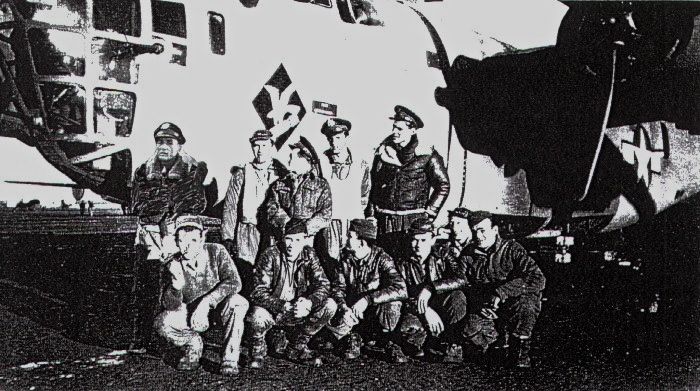 Gerald Brown crew was assigned to the 513th Squadron. They were then transferred to the 512th in January 1944.

Assuming this was taken before or after a mission and since there are 11 men in the photo. there were 6 missions the crew flew in late 1943 with 11 men on the crew manifest. the unIDed other crew members are probably some combination of:

The original enlisted crew members are: 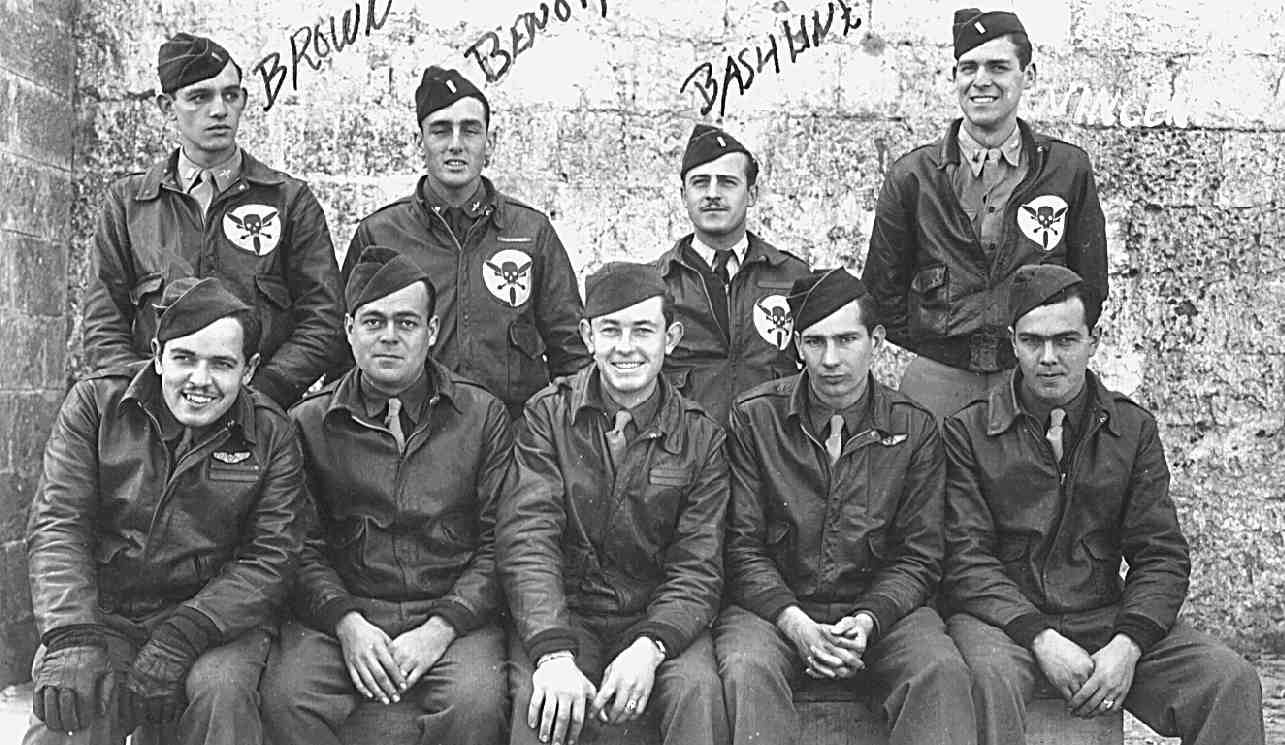 In January, 1944, the crew transferred to the 512th Squadron.  These are the men and their positions at that time: