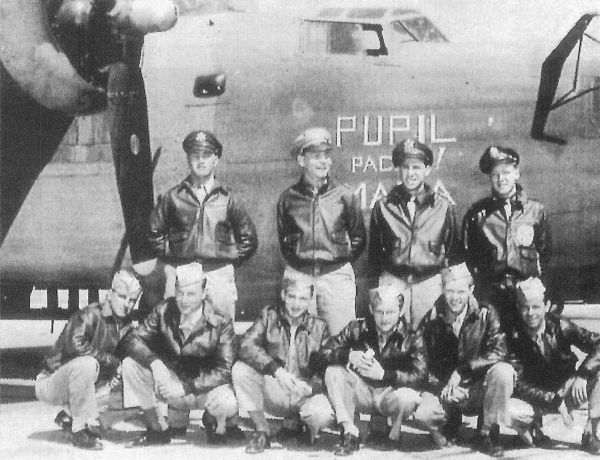 Charles Andrews crew was assigned to the 515th Squadron.  The men and their positions are: 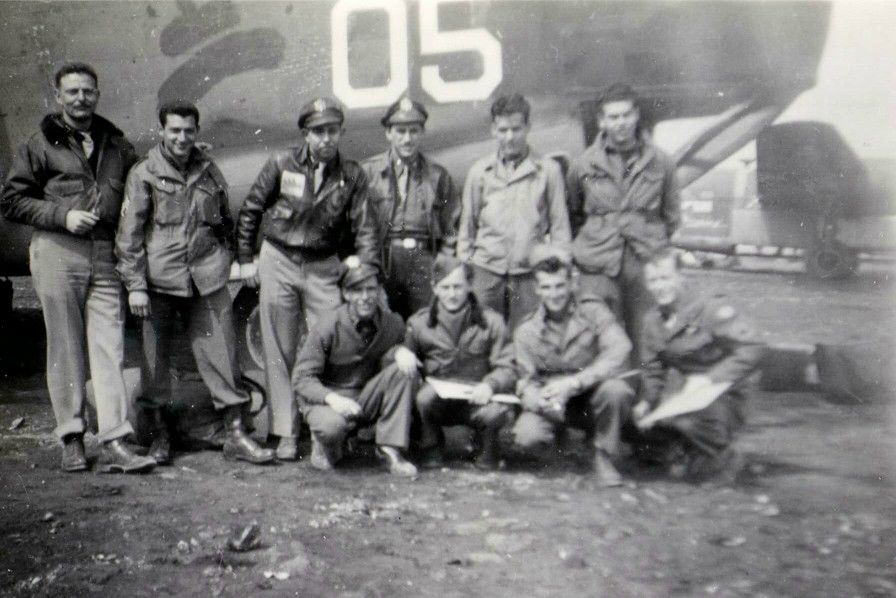 This photograph was taken in Naples Italy, 1945. The gentleman standing on the left is pilot Charles Andrews, and the gentleman kneeling on the left is co-pilot Bob Laurence. Missions for this crew were over- and they were headed home, except for Charlie Andrews, who still had a few missions to go. He flew the crew from San Pancrazio to catch the boat at Naples and returned to San Pancrazio. Laurence replaced Lindley Zimmerman, who was KIA.